The early shape of a modern three string violin, vith the tuning G, D1, A1 was found about 1520 in the vicinity of Milan. This shape can be described as a combination of Rebeca feature (three strings, neck without frets, tuning pegs at the side) and lira da braccio (the shape of corpus, f-openings, separate neck).

According to the testimones available up to now, the name of the instrument appears firstly in French version (vyollons, 1523) and then in Italian (violino, 1538.), but at the beginning it does not signify only violine, but the whole of her instrumental family! In about 1550. the number of strings increased to 4. Already in 1551, we find in the lists âsmall and big violinsâ, then in 1553. a âtenor violinâ and in 1570. âsoprano violinâand âdouble bassâ. Among the oldest preserved specimen of violins, include the instruments made by Gasparo da Salo. The classical shape was given to the violin only at the end of XVI Century, by the masters of Cremona School, Andrea Amati and his sons, Antonio and Girolamo, and particularly by Nicolo, the son of Girolamo and Stradivari, as the one who continued the tradition of this family, brought the violine to its definitive proportions, giving her the boldness and beauty of lines, which have remained unsurpassed up to this day. In XVII Century and in the first half of XVIII Century, the construction of string instruments, experienced its greatest prosperity, mostly by the activity of Italian, German and French constructors, and later on from the schools, which came as a result of these activities as the achievements of an epoch! 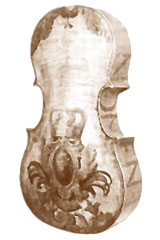 The leading country in the construction of string instruments was Italy, with schools in Brescia (G.da Salo, P.Maggini), Cremona (Amati, Guarneri, Stradivari, Bergonzi), Venice (Montagnana, Goffriler, Seraphin), then in Rom, Firenza and Bolognia. At the same time, the high level is also achieved by the constructors schools in Tyrol (Jacob Stainer) and Mittenwald (the Klotz family).

The classical italian models were the ideal for French constructors, with their main centers in Mirecourt (the Lupot family) and Paris (J.B.Vuillaume, Legen). It was written somewhere, that in France of that time, the violines from Cremona were so much valued, that some societies of âsymphonistsâ accepted as their members only those musitians who had the instruments of Cremona origin. The Tyrol school left its trace in Sacsonia (Klingenthal). In the beginning, the English maestroes also followed the Tyrol style (P.Wamsley), only to accept later on the Italian models (B.Banks). 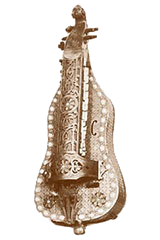 In the middle of XVII Century, there is a decadence in the construction of string instruments, by the introduction of serial production and mechanization in the process of manufacture! The first factory of violins was opened in 1790. in Mirecourt and then in Klingenthal, Mittenwald etc. In these regions the specialized schools for training the constructors of string instruments have been established and opened. The institution of an experimental type was opened in Cremona in 1937.

Concerning our regions, the first constructors of musical instruments in Serbia appear in the second half of XIX Century. Among the first ones who came to Belgrade, as late as in 1887. was Anton Braun from Szeged, the pupil of Ferdinand Homolka. His violins had a dark redish-brown varnish, and were manufactured after Stradivari model. In about 1890. an excellent Italian constructor Fasola came to Belgrade, who after accepting ortodox religion, took the name of Vlada Toskanovic. He made a violin for the Spanish King Alfonso XII, one for the Persian Shah, adorned with mother-of-pearl, one for serbian King Aleksandar Obrenovic and a citra for the queen Draga Masin. Acuriosity connected with this maker is that he made violins only with lower angles and he named this model âAleksandar Modelâ. 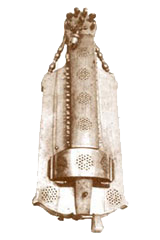 The first constructors of musical instruments born in Serbia were brothers Kosta and Dragoslav Dimitrijevic. The elder brother, Kosta, made both string instruments and pianoes. He constructed the new model of violin âDO-DO-RA-RAâ, which he patented both in the country and abroad, but only 4 of his experimental violins have been preserved. His brother Dragoslav Dimitrijevic, has learned his trade with Adam Dencinger in Novi Sad, and in 1902. he went to Markneukirchen, where he graduated at the State School for the Construction of instruments. In Belgrade, he opened his workshop in 1909.

Between the two world wars, the following constructors of string instruments and tamburins were working in Belgrade: Kalman Ajhler, Andrija Toth, Stevan Kudlik, Josef Kreuzinger. One of recognized constructors of that time was the state master Karlo Parzik, who founded the Studio for the Construction of String Instruments, and in cooperation with his daughter Lidia, he made instruments after the models of Stradivari and Guarneri del Gesu. He is the creator of the oscilatory theory of violin construction. 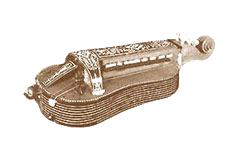 Of the constructors who are of Serbian origin, but who did not live in Serbia and did not work there too, i would mention Bogdan Milankovic from Sarajevo, who created his own acoustic theory and whowas constructing on the basis of this theory, his instruments. Also, Nikola Vasic from Zvornik, a master of world renown is worth mentioning. He learned his trade at Adam Dencinger in Novi Sad, after that he worked for some time for Dragoslav Dimitrijevic in Belgrade, and following the completion of the State School in Markneukirchen he went to Prague and worked in the workshop of the famous Karlo Dvorak. During the firs world war, he emigrated to Russia and worked in Saratov, then went to Manjuria, China and Japan only to finally make his home in the USA in 1922. (Baltimor), where he obtained a great reputation. Nikola Vasic constructed violins after the orders for many artists, among who were M.Elman, F.Kreisler and J.Heifetz.